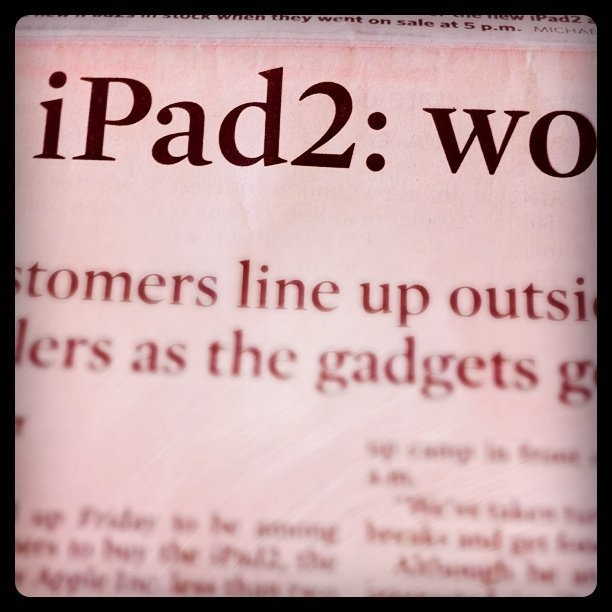 At first I intended for this to be a little joke, but after further thought I realized that this really signals a meaningful disconnect in the local publishing industry. If the newspaper can’t even spell the name of an unequivocally hit product in the tech industry, how can they relate to any sort of younger audience? My local newspaper does have an app, but it has not been updated for about a year and only to add death notices and obituaries (don’t ask me what the difference is). Their website looks like it was designed in 2004 (and it probably was) and it does not even feature a technology section. Now they will eventually update their app, they just added an “iPad edition” app, but they will still be behind the curve. Now I can’t judge my local paper too much, because I never read them. I read articles on Pulse News Mini and soon on Flipboard (did you hear they are coming to iPhone next?) I read articles from Engadget, TechCrunch, Gizmodo, etc. Clearly, the local publishers cannot relate to younger audiences the way that they need to. If the publishers continue to not relate to the younger consumers they will lose valuable newspaper subscriptions an eventually run out of business.