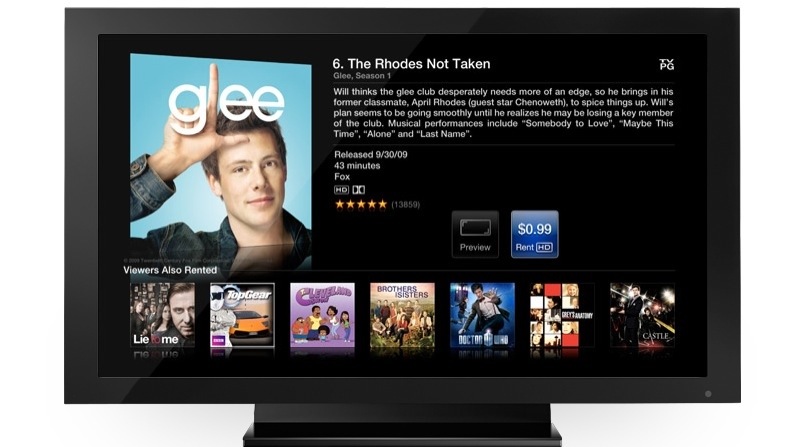 In today’s update to the Apple TV set-top box Apple added streaming of purchased (in addition to rented) TV shows, along with Vimeo support and the all-too-usual bug fixes. I would like to take a minute and point out what Apple is doing here with this update.

As Techcrunch notes in this article Today’s Apple TV update added the feature to stream your purchased shows off Apple’s servers to your Apple TV. This is a partial reversal in strategy on Apple’s part after deals to allow 99¢ rental of shows have presumably fell through for the time being. On iTunes you can also re-download purchased shows. Now say I have a season pass to Glee, (who doesn’t, right?)^1 I can now see the latest episode without having to download it to my computer then stream it to my Apple TV over my home WiFi. This marks another step towards Apple’s attempt to take the loving room. They seem to be seizing on Logitech’s admitted Google TV failure (Logitech had more returns than sales of the Revue in Q1). Apple’s next step is clear, allow customers to re-download and stream movies. The only question I have now is when will Apple release an ATV with an A5 processor that cranks out 1080p video? Chime in on the comments and say when you think Apple will release a new Apple TV.

^1 I don’t have a Glee season pass, my proposed situation was purely hypothetical.