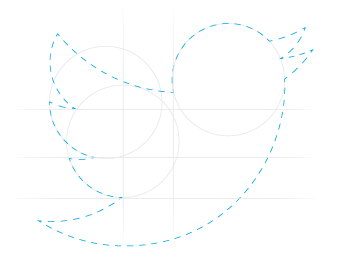 “The early adopters who have tasted the fruits of polished third party clients are also the key influencers in media, print, television and digital, and the backlash would be swift and lengthy,” said Andrew Stone, Twittelator’s founder. “All of the good will people associate with Twitter could be tossed overboard if you piss off the trend makers and rock stars. And I bet the guys at Google+ are just rubbing their hands together in expectant anticipation of just such a mistake!”

I see the same potential scenario, although I don’t see people moving to Google+ soon. I understand that Twitter wants to take control of its ecosystem and I think the best way to accomplish this would be to grandfather third-party clients, e.g. letting existing clients continue to use its API, but ceasing to allow any more third-party clients to continue to do so.

This would mean people using existing third-party clients could keep using those apps, and developers could keep improving their apps. Now, if Twitter still wants everyone using its app, it would have to improve rapidly on its existing app or purchase apps like Tweetbot so power users don’t react too harshly. This way, the only people that would have to dramatically alter their plans would be developers looking to make a third-party Twitter client, which no sane person should be doing at this point.

By doing this, Twitter could let users move to their first-party client at will this way, user dissatisfaction could be minimized and Twitter can take all of its users under its own wing.