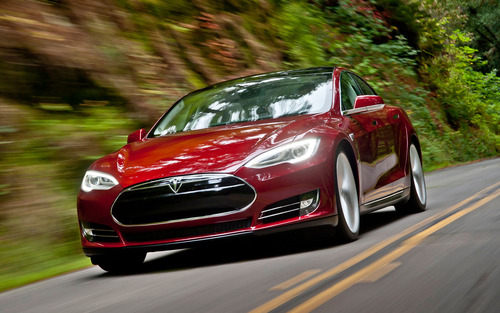 Today Tesla Motors shipped the ground-breaking Model S. I call this car is ground-breaking because it is the first reasonably priced electric car that doesn’t totally suck. Consider its precursors, the Nissan Leaf, the Chevy Volt, and the Smart don’t-even-call-it-a-car. Forbes released an article titled, “Tesla Model S: ‘If Apple Made A Car, This Would Be It’” I couldn’t agree more. Similar the MacBook Pro, Air, iPad, iPhone, and all of the other game changers Apple has released, the Tesla Model S goes back to the drawing board and removes legacy stuff that isn’t needed anymore. In the Model S, this would most obviously be the internal combustion engine, a staple of automobiles since they were invented. In short, the Model S is great and Tesla is now my favorite car company.