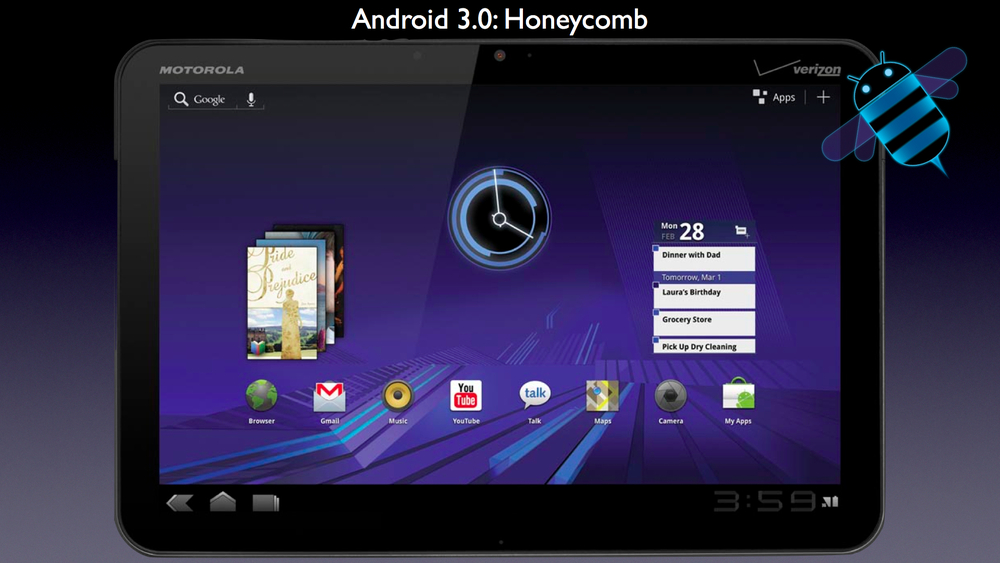 Android 3.0: Honeycomb is a major step forward for Android, it represents Google’s first foray into the tablet market. Honeycomb has an entirely new futuristic looking interface made just for tablets. Most of the native Android apps will have to be updated for tablets in Android Honeycomb.The Android market is going to have in-app purchases which would greatly enrich the experience of some apps.But the biggest, most platform-defining change in Honeycomb is the fact that Honeycomb will not need a buttons, the external buttons such as home, back, and menu are now integrated into th software. This adresses the issue of accidentally tapping hardware buttons while using your Android phone, something that has happened to me on numerous occasions. Hopefully Android 3.0 will give a fresh start to Android tablets, however one issue remains. Now the Android platform is (more) fragmented, the next step for Google will be to bring Honeycomb to phones or merge them like Apple did in iOS 4.2. Either way, Honeycomb is a major step forward for Android.