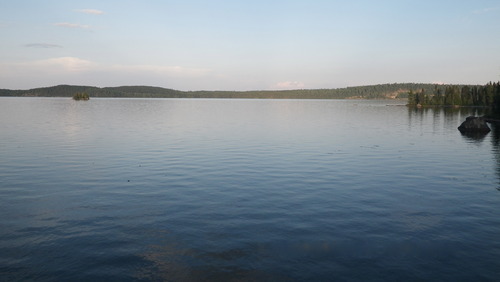 I have spent these previous ten days camping and canoeing in the Canadian wilderness in Ontario. Attempting to put aside thoughts about the “outside world,” I spent my time thinking about deeper human issues while observing the surrounding beautiful scenery. I would like to say that the experience was therapeutic, that I felt like the events in the United States and elsewhere didn’t matter and I lived in the moment, however that was not the case. Not only was I without Internet, but I was without any form of news. Any therapeutic effect that could have been present was almost fully replaced by wondering what was occurring in the rest of the world. The people I was traveling with hypothesized about the worst possible thing that could occur while we were away from the world we had left. It was like a game. Imaginary news stories covering disasters at the London Olympics to family tragedies that we would be completely unaware of until we returned to the United States. We live in a culture where we are never or rarely far from some source of information and being taken away from it is routine breaking (which for me is quite painful.) I missed other things as well, cold cereal, Starbucks, a real bed, and other comforts of our modern life, but being away from the news of the outside world was certainly the most uncomfortable change of all. I found the trip very pleasurable overall, but the lack of information from the world beyond my campsite finally gave meaning to the term, “information age.” By the time I return home tomorrow, and order a Venti White Chocolate Mocha Frappecino my hunger will be satisfied, not by food, but by information.